Hilary Mantel: Is Cromwell 'a hero for our times'?

Here's what she said about Holbein, and whether politicians today are as smart as Cromwell. The rest is in my interview for The Washington Post.

Did Holbein’s portraits of these historical figures influence your characterisation? 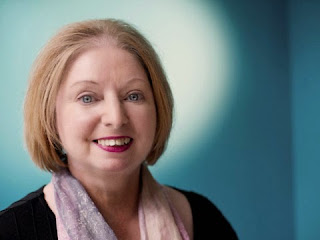 It’s a source of very good evidence, and sometimes if there isn’t a Holbein portrait you’re lost. The interesting thing in Cromwell’s case, though, is the disjunction between Holbein’s portrait and what his contemporaries say about him. The portrait is of a still, watchful, vigilant, narrow-eyed, pretty unattractive man. Cromwell’s contemporaries describe him as having a great deal of charm. It’s something I work away at, that contradiction.

Are any politicians now as smart as Cromwell?

I think there are very few people in the history of the world quite as smart as Cromwell. He’s a combination of brains and audacity and a kind of visionary capacity as well. What happens usually in politics if you have the visionaries and you have the men of action, and they don’t usually coincide in one person. But Cromwell could see the big picture, but he was also intensely practical. He knew how to make things happen I don’t really like though these comparisons. Cromwell and his contemporaries weren’t there to act as a kind of rehearsal for us. They have to be seen in their own light. So although there are all sorts of contemporary resonances, my stories aren’t a disguised way of writing about the present. They really are about the past.