It’s easy for the rest of us to forget that famous people — actors, athletes, presidents or, in this case, an iconic jazz singer — are just people who happen to be famous.

“Jerry Dantzic: Billie Holiday at Sugar Hill,” a sleek coffee table book of photographs, many never seen before, is a reminder that between the fame and the infamy, normal life happens. 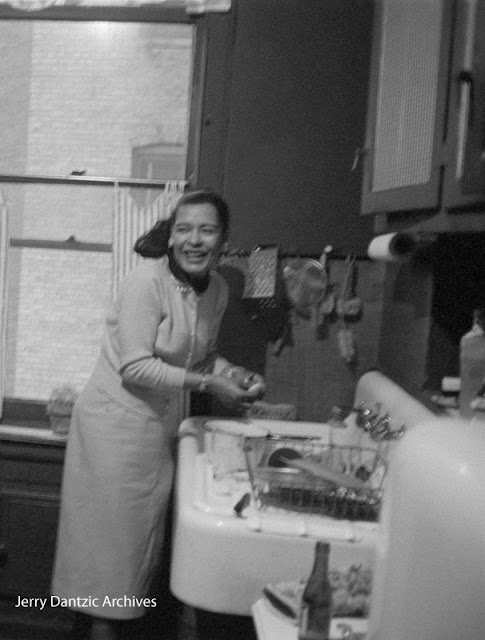 As I write in my article for The Washington Post, Holiday is pictured walking into the club before a performance; putting on her makeup in front of a dressing room mirror; being licked on the cheek by her Chihuahua; holding her blond-haired godson in her arms; or leaning over a pan in her friend’s kitchen (left).

It's quotidian, as well as quintessential, Billie Holiday. 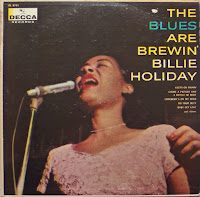 Dantzic was on assignment for Decca Records, most likely to shoot the cover of Decca's "The Blues Are Brewin' " album, for which, according to the log copied in the book, he earned $25.75.

About 100 of the nearly 400 other photographs taken during that shoot have been collected in this book by his son, Grayson Dantzic, who hadn't even known his father had photographed Holiday.

“What he needed to say, he said in the photos,” Dantzic said.

Though Richard Russo's new story collection, Trajectory, features a college professor and a screenwriter - both of which he's been - the Pulitzer Prize-winning novelist still feels more like the working class characters of his novels.  Maybe this is why:

"My father and I one summer built an exit ramp off the New York State Thruway into Albany, for years after we could never get off that exit without looking at each other and saying, “You know, that was one long, hot, brutal summer of 12-hour days.” Every time we’d drive it, we’d think, “We built that,” he said in my Washington Post article this week, prompted by the publication of his newest book, Trajectory.

It was one reason he felt Trump won last November: work such as building roads isn't respected enough anymore, he said.

Politics seems to loom large in so many people's minds right now that some of my long interview him that was actually about writing had to be cut.  So here are three questions that I'll share here instead.

What prompted the four long stories that make up Trajectory?

To me the link in all of these stories is each of these characters is trying to figure out why each of their lives turned out the way they did. They each have a sense, as I do with my own life, that if I got to live my life 99 more times, that the life I’m living now would not be repeated again. It’s not the way that it must have turned out, it’s just the way that it did turn out. And these characters are all scratching their heads and saying, “I got here how? Because I had something different in mind.”

Each story also has someone lurking in the background who is ill, or has a disability, which feels like the story’s secret center.

A lot of my characters in my earlier novels are a decade or two decades older than I was at the time of my writing, and in some ways I’m trying to imagine a future -- or guard against it. In “Empire Falls,” I was trying to write about the most unimaginably horrifying thing that I could, which would have been putting one of my own children in danger in some way.  It’s almost as an amulet against something like that actually happening. Maybe now at this point, at 67, no longer a young writer, maybe these are stories about mortality, or stories about coming to terms with mortality, and that’s explains all the illness.

I particularly like the ending to “Horseman.” I do too. I don’t mean this to sound egotistical. I’ve always found that the best of my stories, especially if I haven’t read them in a while, I can get lost in them. If the characters feel real to you as a reader, that means as while that for a while they have taken over your life, that you believe in them as much as you believe in your external reality, and so you read about this character and she breaks your heart. That’s the why I felt when I re-read Horseman. It doesn’t get any better than that for storytelling.