The author of the 1973 bestselling book, Fear of Flying, famous for the concept of the "zipless fuck," a no-strings-attached sexual encounter that its protagonist, Isadora Wing, fantasizes about, should know a thing or two about sexy novels.

And in my recent Washington Post interview with Jong about her latest novel, Fear of Dying, I was somewhat delighted to discover she is not a fan of Fifty Shades.

Here was a fuller response to my question than I included in The Post.

Why do you think Fifty Shades of Gray has been such a phenomenon? 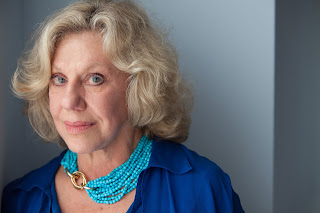 I have no idea. It’s a Cinderella story. It’s an old-fashioned story. Many young people haven’t read The Story of O, Justine and Juliet, all the pornographic books. The Story of O is written like Shakespeare compared to Fifty Shades. I think the reputation of the book sells it, rather than the book itself.

People kept asking me about it, so I had to read it. It has nothing to do with anything I wrote, ever. It’s a Cinderella tale. A man who’s much wealthier gives a young woman who’s 18 all kinds of goodies. She can’t afford a computer, he buys her one. She can’t afford a car, he buys her one. In return, she signs a contract to be submissive. She’s a virgin – very realistic for 2015 (that’s irony by the way). He’s a rich billionaire at 25. Very few people become billionaires at 25 but forget that. She’s able to get the Prince because she’s willing to be submissive. He brings her to orgasm, and of course, she being a virgin, he’s the greatest lover she ever had. That’s the story. It’s a retelling of the Cinderella story, with bondage. It is not even copyedited. Shocking to me who is meticulous with publishers. This book, she has an orgasm and she says, “Holy Cow!” or “Holy Shit!” And one on page she’ll say “Holy Cow” or “Holy Shit” five or six times. It seems to me that there has never been a woman in the history of the world who said “Holy Shit” when she came. Also, the book is so poorly edited – it’s not edited at all – that’s it’s an embarrassment to the printing press. It isn’t even spell-checked! I rest my case.