Margot Livesey Q-and-A Part III: Engaging in and navigating the political in 'The Boy in the Field'

We left Margot as we began to talk about the youngest sibling in this novel, Duncan, who begins to search for his birth mother. - nine-time novelist, esteemed professor at the Iowa Writers' Workshop, beloved mentor to writers around the globe - about her most recent book, The Boy in the Field.

Margot Livesey - nine-time novelist, esteemed professor at the Iowa Writers' Workshop, beloved mentor to writers around the globe - will be my guest online at Writers in Conversation on Monday March 15, the reading series I run at the University of Southampton's English department. You can click here to set a reminder to join us on Monday. Until then, I hope you feel enticed by these snippets of our conversation from a few weeks ago. 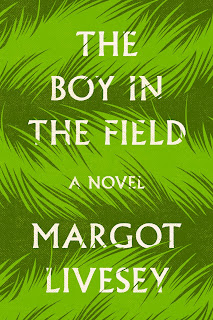 Margot Livesey (Duncan is) devoted to his adopted family, but he is curious about the DNA thing.

Carole Burns And of course, you gave him something else as well - his birth mother is Turkish. Those moments where he begins to notice he looks different from his own family, such as when he looks at his own hands and his adoptive mother’s hand, are very moving. How did you navigate what could have been right now a tricky subject matter for you?

Margot Livesey Of course there was a danger of cultural appropriation, but Duncan, in so far as he's modeled on anyone, is modeled on a number of mixed-race people I know in Britain who feel British or English or Scottish. That's never a defense in a novel, but I decided in Duncan's case that ethnicity was going to be a small part of the equation. The thing that race makes possible is the project of finding his mother. Back in the 80s, when Duncan was born, it was quite hard to find information about adoption. Her having a slightly unusual name was a big help in his seaerch for her. But that's a very pragmatic reason. More importantly I wanted him to be someone who looks like an outsider but from the point of view of himself, his siblings and his parents is totally part of the family.

Carole Burns Yes, their love and acceptance was indisputable. For me, what made him most distinctive is how, even as a child, he has the eye of an artist.

This novel seems to be more political than some of your other books – though maybe I'm just reading everything in that way right now. Do you feel your writing has been affected by the intense politics of our times?

Margot Livesey I began the novel in 2015, and I felt fortunate, as things shifted, to be writing about something that could easily be seen as irrelevant, that wasn't trying to deal with the mounting crises on either side of the Atlantic. I had a number of friends who were trying to write overtly political novels, and I thought of my novel as a more covert undertaking - you could see certain political concerns, but you didn't have to see them.  Setting the novel in 1999 allowed me to make a different kind of claim on the reader's attention.

You can purchase The Boy in the Field via IndieBound in USA or Blackwell's or via bookshop.org in the UK - and many other bookstores.